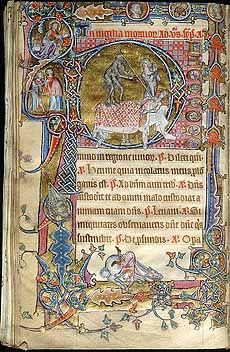 I was the Instructor of Record for ENGL 3300: British Literature I during the fall semester of 2016 and was the Teaching Assistant for the class during the spring semester of 2016. I designed the class to introduce students to major, canonical works of British literature from the Anglo-Saxon period to the 18th century while also exposing them to as many works by women during those periods as possible.

This class is a broad survey of British literature, from its beginnings in the Anglo-Saxon period through the Middle Ages and Renaissance to the early part of the Enlightenment. The class emphasizes historical and cultural backgrounds for the literature studied, which includes canonical works such as Beowulf, The Canterbury Tales, and Paradise Lost, along with works not traditionally included in the largely male-authored canon of British literature, such as the Lais of Marie de France, poetry by Queen Elizabeth I, and the sonnets of Lady Mary Wroth. The class also includes an introduction to earlier forms of English, including Old English and Middle English. Course requirements include short, in-class writing exercises, active class participation, and three writing assignments or essays.

I teach Beowulf over three classes, having students read about a third of the poem at a time. This lesson, which is developed over these three classes, focuses on the themes of kingship and heroism in the poem, two major concerns in Anglo-Saxon literature and culture.